There is an ongoing discourse that leads to the distinction between the urban context of old middle eastern cities and the modern urban fabric. Reading an article entitled "Adapting Design Principles of Traditional Courtyard Housing for Future Urban Design" inspired me to write this post. In this post, I'll focus on the differences between the two models of urban design. The points are summarized from the research above, thus for more detail, you can read the article on the researchgate.

Firstly, the urban model of traditional cities of the middle east which are known for their compactness (the ratio between buildup and open area) as shown in figure 1. The sidewalks are narrow, winding, and twisting which promotes shadow in the allies. Also in some cases, the alleys are partly covered by architectural features called "Sabat" to mitigate the effect of sunlight and provide more shady areas for passengers. The hierarchy of streets is accurately followed in this urban form which leads to wider streets dedicated for commercial purposes and narrower alleys for semi-private or private residential squares. This setting can effectively define the borders between the public and private realm. In addition, it effectively limits the strange passengers to enter private blind allies. However, this urban model has some drawbacks like safety issues.

On the other hand, there is the western urban form with low density and more open spaces (see figure 2). There are some similarities and major differences between the two models. Just like the first model, the hierarchy of streets is regarded, but the distinction between public and private zone is not as clear as the first urban form. The streets are straight and designed to catch the sunlight, as they were the urban form used in European cities. This urban form has been adopted by most of the cities worldwide including cities in the middle east dominated by the harsh hot dry climate.

In the first two decades of the twenty century the traditional, courtyard urban form was gradually replaced by the western urban model. This transition was done without any concerns about the local climate and overlooking the ancient commutated knowledge of their builders. This was the case for many countries in different contexts as they had to adapt to new conditions after introducing motor traffic. A question arises here: is a modern urban form suitable for cities with hot dry climates?

The Erbil city and its local context

Located in the northern part of Iraq, Erbil city is the largest city in the autonomous Kurdistan region governed by Kurdistan Regional Government (KRG). With 879000 inhabitants (September 2017) and stable security conditions, the city is one of the most significant, political, cultural and commercial centers of Iraq.
The predominant climate of Erbil is a Mediterranean climate, distinctive by its cold, wet winters and hot and dry summers. Since 2003, and the collapse of the previous regime, the city enjoyed a period of economic progress, due to openness to the global community after a long period of sanction that imposed on Iraq after the first gulf war.

Erbil Citadel(locally known as qelat) is one of the most significant historic features and archaeological monuments of northern Mesopotamia with more than 7000 years of continuous settlement. It is a tell or mound located in historical center of the city and identified as a World Heritage since 21 June 2014. The citadel with its organic urban context and several examples of vernacular architecture of the region has its global and local importance. The urban context is identified by dense urban texture with narrow alleys and courtyard houses.
Concerning the urban layout of the city, the city has grown as a series of rings or circular pattern, in a successive manner in which each ring represents a period of the progress of the urban area. Taajil, Khanaqa, Arab and Tairawa are neighborhoods that constitute the first ring that surrounds the citadel directly. These neighborhoods share the same urban layout of the citadel which is the organic layout of street networks. Land use is a mixture of commercial, residential, and governmental.

On Nov. 10 2011, UNESCO published a new publication under the name “New life for historic cities: The historic urban landscape approach explained”. In this publication UNESCO indicates the importance of Historic Urban Landscapes (HUL) and identifies historic landscapes as factors for social cohesion, diversity. Additionally, HUL is defined as drivers of creativity, and urban generation. UNESCO calls for defining social, environmental and cultural factors as complements of urban planning, design and implementation while tangible and intangible qualities are taken into account.
However, and in spite of ongoing global discourse that focuses on the preservation of HUL, the trend is totally ignored in Erbil. The old urban textures is under pressure from urban encroachment, transportation network, and demand for landuse. The historic city, with its cultural significance, is in a catastrophic state and need to be addressed as a bigger image and larger context of Erbil citadel (See figures below)
Let's Think globally, Act locally
Sadiq Ramazan 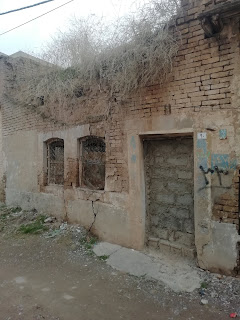 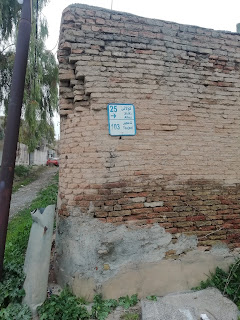 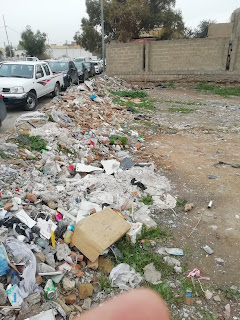 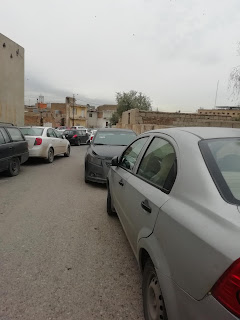 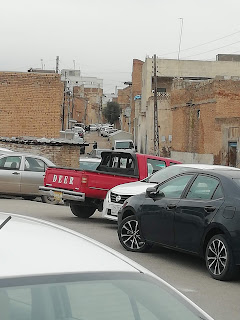 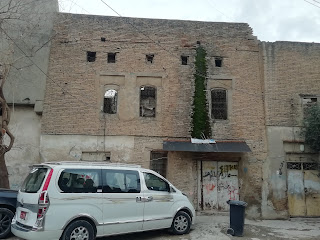 The Background There is an ongoing discourse that leads to the distinction between the urban context of old middle eastern cities and the... 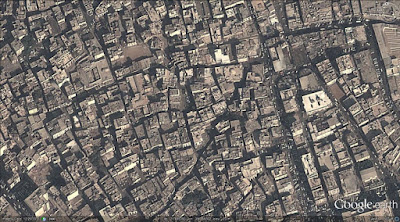 I hold a master's degree in landscape architecture. As a reading enthusiast, in the field of urban planning, landscape design and planning, and urban heritage I like to share my joy with you. So, if you enjoy the post don't forget to subscribe.